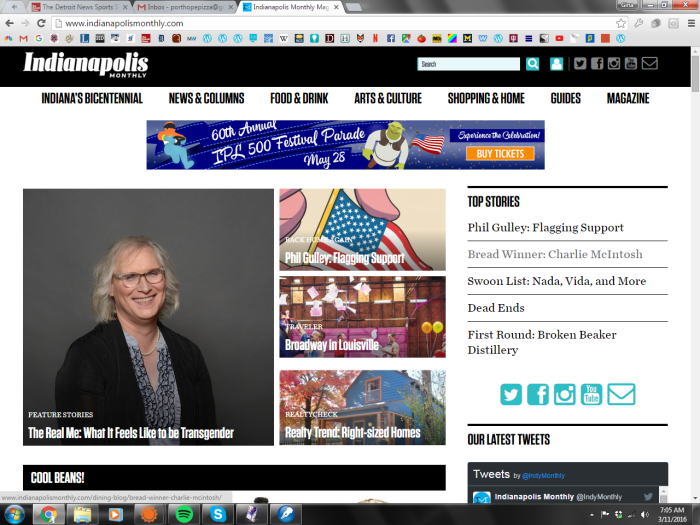 Here it is, kids, my entire article in the March issue of Indianapolis Monthly magazine on their website.

I hope you find it a good read and beneficial for better grasping the mountain of issues which I and every transgender person has to climb in life.