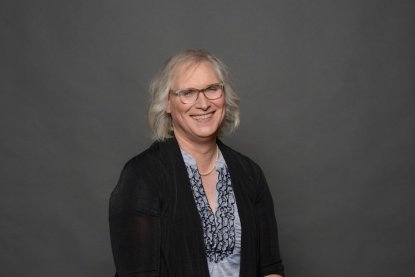 A few years ago, a conservative Christian friend of mine recommended a column on your blog. I am a conservative Christian—indeed, I am a recently-retired Missouri Synod Lutheran minister—so I read it. I found myself agreeing with what I read, you educated me on the topic, and I thought you reasoned things out well. I made your blog a regular stop on my daily Internet route.

It wasn’t too long before you wrote about transgender people. Ouch! Not only did you find transgender folks mentally ill, you belittled them. Wait, not “them.” “Us.” I am a transgender person, a genetic male who is transitioning to be as female as possible so that I have relief from as dreadful a condition as there is on earth, gender dysphoria.

Despite your offending me with your wisecracking ways, I kept reading your blog. On many issues, we are in agreement. On some, we are not. Because you are so widely followed, I find your blog one I need to read in my ongoing effort to be an informed person, across the board.

We arrive at your piece which was published on April 6, entitled, “No, Gays and ‘Transgenders’ Are Not Being Bullied. They Are The Bullies.” I have extracted several quotes, with my reactions to them.

You wrote “For the most part, these people are free to do what they want and be who they are—or, in the case of “transgenders,” (sic, here and in each usage) who they aren’t.”

You regularly use rude comments—“who they aren’t”—to show where you are in sharp disagreement with others, needlessly causing offense. You make yourself look bad both as a writer and a Christian. You put up walls which hinder peaceful, productive discussion, unless you are happy preaching to the choir, saying things which will get your core readers calling out, “Yeah, Matt! You tell them!” and ensuring the tens of thousands of shares on Facebook that I know if my blog posts were that popular surely would stroke my ego.

When you say that we “transgenders” live as who we are not, you make me curious whether you know what intersex conditions are. There are people born with malformed-, ambiguous-, and both male and female genitals. Even the very traditional church body in which I was a pastor recognizes these as folks who may choose in which gender they will find comfort living.

Then there are chromosomal intersex conditions. To use but one as an example, there is an androgen insensitivity syndrome in which females have male chromosomes. Well, no, I suppose you would say, they must be males. But, wait. They have the anatomy of a female. So, they are females, right? Yes, they are. But, truly, they are intersex. They didn’t choose to be this way. It happened to them in the womb.

Androgen is a hormone. Part of the endocrine system. It’s real stuff. The way blood is real stuff. And flesh.

You need hormones to be a living, breathing human. When, in the mid ‘50s, my mom was pregnant with me, doctors prescribed an artificial estrogen, diethylstilbestrol, to women who were prone to miscarry, and my mom had two miscarriages right before carrying me. Let me ask you, Matt: Does it make sense that, to introduce extra estrogen into the system of a woman who was pregnant with a male, that his endocrine system might be affected? In fact, I have several signs in my body that I’m not mentally ill, but have a real, physical intersex condition, such as how long it took me to finally go through puberty and that I never developed an Adam’s apple. I’m even left handed, and studies are finding that lefthandedness is caused by, you guessed it, disruption to the endocrine system as the fetus is forming (which helps understand why only 10% of people are left handed and not closer to a 50/50 split).

By being on hormone replacement therapy (HRT), I no longer feel wrong about myself. You know, Matt, it’s as if I actually have a physical malady. That I’m not crazy. Not confused. HRT has worked as medicine in me, as aspirin does for a person with a body ache or depression medication for one who is bipolar. (Perhaps, I shouldn’t use bipolar as an example. You might reject that as a real thing, as you showed that time in your column on ADHD, which you ridiculed on a par with us “transgenders.”)

Back to you: “Whether they like it or not, many women are not comfortable unchanging or using the toilet in the same room as penis-bearing males.”

Let’s keep locker rooms and bathrooms separate. I have written about both, and you can read on my blog that I am sensitive to locker room situations. But, in bathrooms, unless there is some highly unusual situation, no one in a women’s restroom removes clothes outside of the stall. I used men’s restrooms the first fifty-seven years of my life and never once saw a penis. Maybe I just wasn’t trying. Or, maybe, it’s because people don’t expose their genitals in restrooms.

I now use women’s restrooms. Without incidence. I behave in the restroom, as do all of my trans friends.

Matt, how about if we not be guilty of setting up straw men which we can easily knock down? Write about real concerns. Don’t incite the masses with stuff that never happens in bathrooms.

Hey, Matt, check out my profile picture. Can you imagine me using the men’s room? How comfortable would males be with me in their bathrooms? And are you going to defend me when I do and I get the snot beat out of me for being in the wrong bathroom?

Back to you: “Yes, it might make a ‘transgender’ uncomfortable to use the bathroom around other members of his sex, just as it makes him uncomfortable to be in his own skin and in possession of his own organs. But either gays and ‘transgenders’—a small minority of people who share a common sexual proclivity, fetish, or mental illness—must be made slightly uncomfortable for a few moments, or a vast majority of their fellow citizens must be deprived of something that is theirs, has been theirs, and should reasonably continue to be theirs.”

By writing “sexual proclivity, fetish, or mental illness,” you demonstrate that you have no idea what you are talking about. Since you are so widely read, and thousands share your essays across the Internet, should you not be responsible and learn the subjects on which you write?

More thoughts from you: “No matter where you stand on homosexuality or ‘transgenderism’ it’s entirely clear which group should be told to suck it up, buttercup, and go along with the program. Indeed, it demonstrates the fantastic selfishness rampant in this community that they think the majority ought to be forced to bend and contort and submit and bow and sacrifice their First Amendment rights just so that they, the homosexuals and ‘transgenders,’ might avoid a minor inconvenience.”

The Americans With Disabilities Act impacted virtually every American. Business owners had to put in special bathroom stalls, ramps, and the like. Towns and businesses had to alter sidewalks and change parking lots and add signs. Drivers had to concede the best parking spots. What a bunch of selfish people those “handicaps” are! They are a small minority, yet they make us, the majority, bow to their “needs.” Bunchajerks.

Of course, I do not feel that way. Folks with disabilities need appropriate help and protection. Lots of people do, when they are in situations which many find burdensome. You know, like being transgender through no fault of your own.

One final thought from you: “[C]onsidering how Christians and conservatives are constantly lectured for their alleged lack of ‘compassion’ and ‘tolerance’ and so on, I think it must be noted that these laws would not be needed if compassion and tolerance, along with humility and prudence, were traits commonly found in the ‘LGBT community.’ It is the seemingly total lack of kindness, magnanimity, and rationality displayed by many in their camp that necessitates this sort of legislation.”

I agree, Matt, that we LGBT folks sometimes make things worse by the way in which we go about things; the very way we do not like people acting out and speaking against us, we are guilty of doing.

Because all of the LGBT+ are legal ways to live, each deserves the same protections as any American, regardless of creed, culture, or color. I get it—there are growing pains involved, just as we experienced in the 1960s and the civil rights of African Americans. That should be our teacher: This challenging thing can be accomplished, and done properly, when people speak peacefully and respectfully, and strive together for the good of the entire USA.

How about if you humble yourself, my brother in Christ. Work to win people over, instead of running them over. Learn about the topics which you excoriate. Treat people the way you want to be treated (Matthew 7:12).

We have to do better, to shine the light of Christ in the world. Please, Matt, shed light, don’t light fires. No unbeliever will ever desire Christ by your beating him or her over the head with your Bible, and isn’t that our ultimate goal, to work with the Holy Spirit that people might know Christ by faith and enjoy the gifts of forgiveness, life, and salvation, and not to condemn them to hell?

Please, tell me it is. Please, Matthew, fight the good fight of the faith in a manner befitting a child of God.

The Lord be with you.
Gina Eilers

10 thoughts on “To Matt Walsh”