Two years ago, today, I flipped my life on its head. I exposed myself. I left myself wide open to rejection, to ridicule, to accusations of every sort, even to hatred. 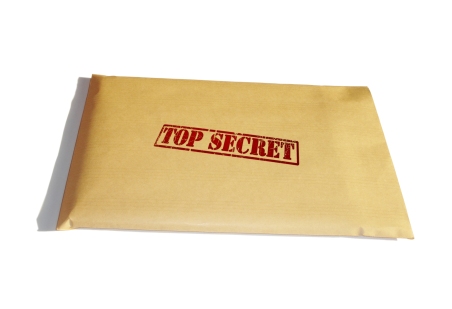 I emptied the contents of the envelope.  I told my secret.

We all harbor plenty of secrets. There’s no reason anyone ever needed to know that I once shoplifted. Sure, I was ten, and the item was a penny piece of Bazooka bubble gum, but that doesn’t change the fact that I stole something. (I used this when teaching my students the commandment, “You shall not steal.” It worked well as a lesson, and the youngsters loved that their pastor had been a regular kid.)

Many secrets should remain just that. Many secrets do no one any good to tell them. A woman once told me that she questioned who was the father of her son. She wanted to have a DNA test performed. I asked what her motivation was. She spoke of her guilt, of her having had an affair while married to the man whom her son never questioned was his biological father. Because her desire was not to help her child or anyone else, but only to try to shed her guilt, I urged her to keep quiet and move on. She did not. Nothing good came of it.

I had a secret, a terrible secret. Would the telling of my secret be a selfish act, or could I make good use of telling it?

When talking about becoming one of His disciples, the Lord Jesus spoke of counting the cost. “For which of you, desiring to build a tower, does not first sit down and count the cost, whether he has enough to complete it (Luke 14:28)?” I did a lot of cost-counting in the two years leading up to April 29, 2015. I believed that I had made my Pro and Con lists accurately, that I had assigned an honest value to the Pro items and a true cost to the Con items.

Weighing every factor, the desire to achieve good with my secret won the day. I would go public. I started a blog. My many Facebook connections would be my best way to spread the word.

After breaking down in my therapist session on April 23, I posted about that on April 24.

I had been in therapy for exactly two years and felt like I had gone nowhere. Every step forward was followed by an equal step backward. I had been in therapy for over a year before I retired from the ministry, and now nearly a year into retirement, and now I said that I would tell what forced me into retirement, what had been plaguing me my entire life, what was at that time seeking once again to crush me.

To finally get me to try killing myself.

And if I did not kill myself, I would literally lose my mind. I would become the guy in the corner, the one over there, drooling, being fed every meal, with that distant look in his eyes which left every visitor asking, “I wonder what Greg is thinking about.”

Between April 24 and 29, I posted several essays to help set the table for making known what I had kept hidden. I was thankful for the many who rallied to me, assuring me with comments like, “There’s nothing you can tell us that will cause us to hate you.” I appreciated those sentiments, but inside I said, “You have no idea what I’m going to say.”

And some would in fact hate me.

I edited it for the umpteenth time. I walked away from my computer. I was scared.

I had been praying about this for months. I prayed once again, “Lord, is this what I should do? Is this the time? It finally feels like it is the time.” I returned to my computer. I had that odd combination of confidence that it was the right thing and total fear for going public.

That was two years ago, today. In those two years, I attempted transitioning, found it to be healing balm, and undertook every possible step, culminating in sex reassignment surgery eighteen days ago. Over the two years, I both gained a lot and lost a lot.

Since, in the nearly two years before this, I had already told my kids and siblings, and a few of my closest friends and several pastors and church leaders, I already had a good idea that things would sort out with those who would be supportive, those who would struggle, and those who would reject me.

Of all those who flat-out rejected me, one stands out as the worst. One of my best, oldest friends unfriended me from Facebook. No, not after I announced that I was transitioning, but simply when I told my secret that I suffered issues of my gender identity.

He didn’t say a word. He simply walked away from over thirty years of friendship.

Thankfully, for every hurtful story I can tell there are many happy ones to recount. And not only with individuals, but with the work I have been able to do—speaking, writing, being interviewed—which never could have been if I had not bared my soul.

Am I glad that I told my secret? Truly, I wish I never felt that I had to. Even now, I can say that my desire would have been to have enough strength to fight this off, to still be a pastor, and not to have caused great turmoil in my family and in so many other areas of my life. When I crashed in 2013, only Julie, my first wife, and one minister knew my secret. It would be great to go back to pre-2013 times.

Ah, but one cannot go back. One can only live in today and move into tomorrow. Since I had to deal head-on with my situation, I needed to count the cost how to build something good out of it, set out to do the hard work, and perform my task well.

A secret should never be told for self-gratification. I feel good that I can say that I did not tell mine for selfish purposes, but to educate, to erase misunderstanding, and to help those individuals and their loved ones who are in the same spot as me. Because of that—because of the feedback I have gotten and the nearly 50,000 visitors to my blog—I can say, yes, I am glad that I told my secret.

The Pro side of the list had a greater value than the cost contained on the Con side.

I no longer had a secret. I had a story. 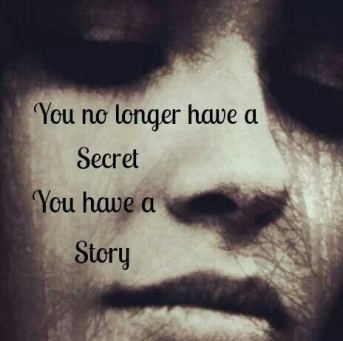 9 thoughts on “I had a secret”