Earlier this week, a mother was interested in more information so that she might be equipped to talk about transgender issues with her young children. Earlier this month, a mother wrote to me after her daughter told her that she felt like a boy.

What should a parent do in this situation? To make writing easier, I will pose everything as a young daughter with her mother, not meaning to neglect that this could be a son, or this could be a teenager, and the child could be talking with dad, both parents, or another trusted adult. 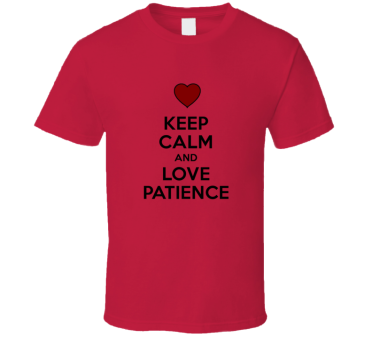 The last thing a parent wants to do is react with surprise, or make a funny face with the accompanying, “Noooo, honey. You’re a girl. You can’t be a boy.” Though you might be your reaction, it is the best way to keep your child ever from opening up and, even more, to drive her feelings inward and cause her to believe she has nowhere to go with them.

Have you ever been in a position where you needed to share something which was difficult? What did you long to have from the other person? It’s a Golden Rule thing: treat others as you want them to treat you. Now, more than ever, your child needs you to be a Golden Rule person.

Sure, you might be shocked. So what? You’re a parent. Get used to it. Be ready for it.

You will not want to make your child feel she is being interrogated, but you will want her to see that you are interested in her life. Talk with her the way you would about anything that interests her. Conversely, not asking questions—“If I don’t ask her anything, maybe she’ll just forget about it”—will make her feel that you don’t care about her, or that she has done something wrong.

When you ask questions, make sure they are open-ended ones and not directed ones. Directed questions are those that call for a yes or no answer, as in, “Do you think you are a boy?” Young children, not yet complex thinkers and usually wanting to please parents and other important adults, often will not provide the real answer but the one they think they are supposed to give. Your tone, expression, and body language can easily lead a child to answer how she thinks she is supposed to, not what she actually feels.

Instead, ask things such as, “How do you feel inside?” “What makes you feel good?” If she mentions something specific—say, clothes—good questions would be, “What do you think about that? What clothes sound good to you?”

As she replies, other questions will naturally follow, such as, “You mentioned some play clothes like your friend, Josh. Would you like to shop for an outfit like his?” Whether or not she displays joy at this, it will be telling. Again, follow-up thoughts will flow from the situation, such as, “You could start out by wearing your new outfit around the house and see how you like it.”

With younger children, do not use the vocabulary of this topic, such as “gender dysphoria” and “transitioning.” Don’t say, “Do you feel like you have gender dysphoria?” Besides being confused, the child likely would think she has an illness, is going to be hauled off to a doctor, and you have just negatively impacted things.

Don’t go running to a doctor or a therapist

The second-last thing to do is immediately make an appointment with a professional. This is not a medical emergency. You’re child doesn’t immediately require talk therapy. Right now, she simply needs to be allowed to be the child she is, at the age she is, with no pressure on her.

She has taken the big leap, entrusting you with her secret. Continue to provide her a safe place, a spot on the couch at your side, with your compassionate heart in which she is able to place her trust.

If you find that you are wanting more information, there are loads of resources, many at your disposal on the internet. Do your reading, become informed, but don’t tell your child that you are doing this research.

The trite saying applies: time will tell. There could be any number of reasons your daughter has expressed wanting to be a boy. There might be a boy at school whom she admires, and she wants to be like him. She might be lacking your attention, and daydreams about how to be noticed by you, perhaps because she has a new baby brother. She might really feel like she wants to be a boy, or is a boy, but it will pass, as so many childhood desires come and go.

The World Professional Association for Transgender Health (WPATH) has gender dysphoric adults look for three things in themselves, which you can look for in your child: persistent, insistent, and consistent.

Persistent. Insistent. Consistent. I think of it as PIC.

Take a PIC of the situation.

Is my child persistent in her desire to be a boy?

You will know, soon, if this is a phase. With children, phases usually come and go with whatever the next big thing is. If, however, as you continue the conversation, your daughter persists in her desire, you will want to look for the I in PIC.

Is my child insistent that she is a boy?

Most human beings, when pressed about something important to them, will become insistent. Our insistence is seen on our faces, heard in our voices, and evidenced in our determination. A common reaction from a transgender child to a parent who says, “You’re a girl. You can’t be a boy,” is, “Yes I AM a boy! I am! I am a boy!”

If she persists and insists, keep watch for the C to complete the PIC.

Is my child consistent as she talks about being a boy?

How might you look for consistency? It could be as easy as you one day asking, “Honey, did you want to wear your special outfit?” to which she replies, “No, my regular clothes are okay.” This could be a sign that it was a phase, but don’t assume it. Give it time.

Consistency will be seen in her persistence and insistence. If she is accurately expressing who she is, she will consistently speak the same thoughts, the same hopes, the same desires. Actions and other demonstrations likely will accompany her words. It will be obvious.

If you see a clear PIC, and if your daughter expresses further desires—say, that she wants to change her name, or go to school as a boy—then would be the time to engage a competent professional who is practiced in gender issues. Again, as you have been helpful and positive throughout, you will remain so now. You will not say, “Well, I guess we need to get you to a doctor,” with frustration in your voice. Rather, you will say, “Honey, I could use some help from someone who knows more about this than I do. I am going to look for a person to help us know what to do next. She or he will know all about this, and we will feel good to have a smart helper.”

If this were a phase in your child’s life, it still was an important moment for her. By loving her through it you strengthened your bond and her ability to trust, and you helped her learn how to express herself.

If your child is transgender, you will not keep it from being a reality, but you will have a dramatic impact on how it goes with her. Leelah Alcorn’s suicide is instructive. Her traditional Christian parents would have nothing of their teenage son’s being transgender. They took Leah to the pastor. Conversion therapy was used on her, to convince her that she was a male, as if that would drown out her female identity. Though they were otherwise fine parents who loved their son, their denial of Leelah’s situation drove her to despair. Leelah stepped in front of a truck and was killed. 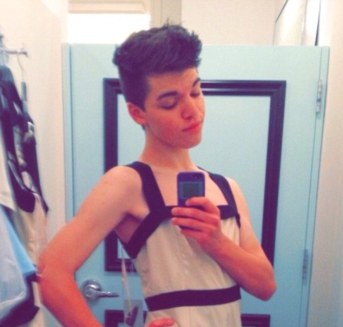 No parent wants her or his child to be in a difficult situation. No parent invites anything which will be a challenge, especially one which will affect how they live and move about in the world. Denial, however, changes nothing, and often makes a situation worse.

Remain calm. Display love. Don’t rush things. Show your interest by asking good questions. Take a PIC. Doing these things, you will have done the best you can for your child, whether the result is that it was a temporary desire or that she is transgender. If transitioning is in her future, you have begun the process well, instilling confidence for the challenging days ahead.

One thought on “Children talking transgender with parents”