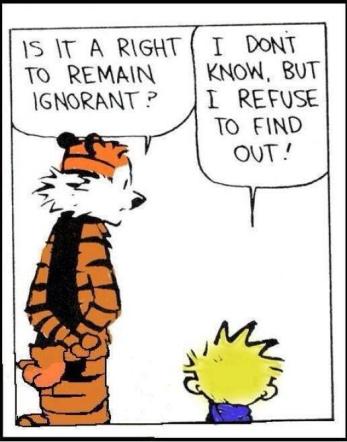 A couple of weeks after undergoing sex reassignment surgery (SRS), I had a long, profitable, wonderful conversation with a man who is dear to me. I’ve not interacted much with this man since I transitioned, and have longed to have a meaningful conversation.

We had very briefly seen each other, only one time since I transitioned, and he now admitted that he struggled with seeing me dressed as a woman.

It was easier simply to keep some distance between us.

How did we get reconnected? He gets all of the credit. He texted me, to tell me that he had been praying for me. He knew that I had just undergone SRS. I used this to seek a phone call. He was hesitant. He owned up to not being ready. I asked how a person gets ready for this, to take this step.

NOTE: Soon after I posted this, Rick Cruse made some insightful comments.  I commend you to read them, below.  Rick’s comments reminded me that I neglected an important point: I had vowed to be patient with everyone in my life, grasping that I had surprised them with the revelation of my gender dysphoria, then compounding it when I transitioned.  In each one’s own way, my being transgender is as hard on them as on me.

As with the person in question in this piece, I have given everyone space, never pestering them or acting out to them.  It has been very hard, in many instances, to leave people be and give them time.  I continue to wait on many, am resigned to the worst with some and, thankfully, have had lovely success with others.

I hope I wrote gently, but I continued to press him to call me. I told him that being disconnected was very hard on me, that it felt like rejection. I assured him that I spoke the same as always—well, my voice would sound hoarse because I was still recovering from surgery to my vocal cords—that I talked and acted exactly as he always knew me. I told him that he could call me whatever was comfortable for him, either Greg or one of the nicknames that he’d used over the years.

He said he would call. Seconds later, we were saying our hellos. We immediately fell into talking with each other in the same manner as we had so many times before.

As we got into discussing my transitioning, and what that means for me being a Christian, a familiar pattern emerged. With his every comment after concern after question, he began, “I don’t understand.”

He asked me about everything. How I got to the point of transitioning. What it meant for my marriage to Julie. How I understood it as a Christian. What will happen when I die, and when we are resurrected from the dead. And more.

Everything was now on the table that had been left unsaid, unasked over the past few years since I first told him about my gender dysphoria.

It wasn’t long before I noted and addressed how he kept beginning a new thought, “But, I don’t understand . . .” I said, “Have you heard yourself? You have been saying how you don’t understand, and then you ask me an excellent question, a question for which I need to have an answer, and I’ve had good answers for all of your questions. Because you’ve never asked your questions, you have never given yourself a chance to understand. You’ve never given me a chance to explain. Now that we are talking, you finally have a fighting chance to understand.”

We talked for ninety minutes. Eventually, we caught up on happenings in our families and shared interests. We made our goodbyes with promises to stay connected.

As I make the next statement, I do not mean it to sound judgmental, but simply as what the situation was: he let this situation become worse than it was and harder than it needed to be.

What happened with him is terribly common. When something is very foreign, really challenging, tremendously troubling, we all can be prone to avoiding it. I know that I’ve sure been that way plenty of times. We make the thing bigger than it is, harder than it needs to be, and it finally becomes virtually impossible to tackle.

We let “I don’t understand” tumble around in our head so long and so often that coming to an understanding seems so unlikely that we give up on trying to tackle it.

Relationships should be too important to allow “I don’t understand” to win the day. Whether it is parent and child, sibling and sibling, friend and friend, church and member, teammates or coworkers or fellow Americans, people who are important to us should be—no, need to be those for whom we will not allow unknown, troubling, and foreign things to keep us apart.

I don’t begin to imagine that one conversation removed every struggle for the man regarding me, and those concerns he has involving the entirety of the topic of transgender. It didn’t have to. The first step has been taken. We are once again walking together.